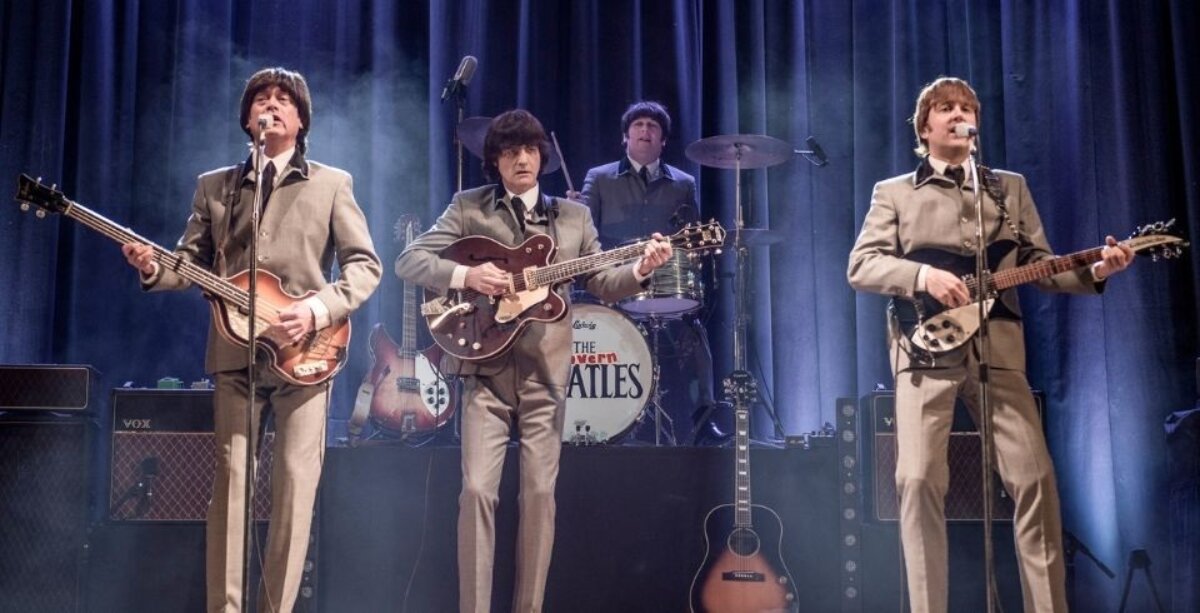 Take a Magical History Tour through the works of the world’s greatest pop music phenomenon, The Beatles.

The Cavern Beatles replicate in both sight and sound the excitement and energy of Beatlemania, the psychedelic era of Sgt. Pepper, and the creative masterpieces of The White Album and Abbey Road.

The band are fully endorsed by the legendary Cavern Club in Liverpool, where The Beatles themselves made 292 appearances.

As ambassadors of The most famous club in the world, The Cavern Beatles bring to the stage the music that has now influenced 3 generations.

The bands cast members, as well as being talented instrumentalists and singers, are hugely dedicated Beatle fans, intent on recreating their individual character on stage.

Their uncanny vocal resemblance to the Fab Four is due to their upbringing in the same place, Liverpool and due to their breathtaking attention to detail over the years, they are widely regarded as being as close to the real thing as you are ever likely to get!