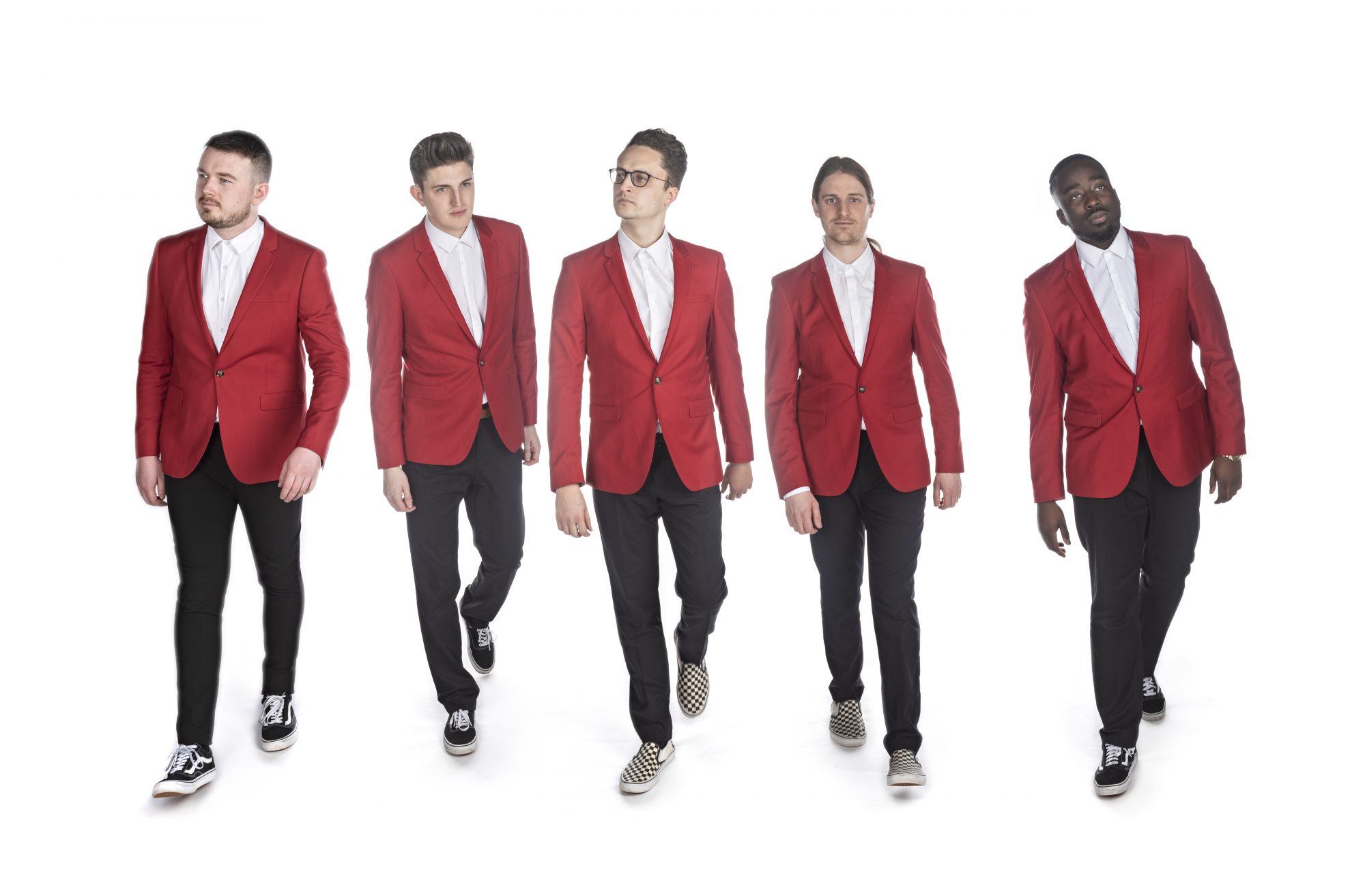 In 2015, they became the first winners of BBC2’s The Naked Choir hosted by Gareth Malone.

With over three million YouTube hits and a growing international reputation, The Sons, have “given a cappella a kick up the backside”.

Since their formation in 2010, the group, which is made up of Joe Novelli, Joe Hinds, Joe Belham, Josh Mallett and Midé Naike have captivated audiences with highly creative vocal gymnastics and a programme of inventive pop covers, original numbers and entertaining improvised songs.

The group have performed at both public and private engagements with previous clients including Microsoft, Nokia and the NFL, and headline performances at the NEC Birmingham, Vale Fest and the Hong Kong International A Cappella Festival, together with a sell-out debut run at the Edinburgh Fringe Festival.

In 2016, the Sons embarked on their first two UK Tours, playing at 40 venues from London to Edinburgh.

With over 35,000 people turning up to the concerts and most being sell-outs, the tour was a storming success.

Particular highlights included packing out the Union Chapel, Islington and prestigious venues such as The Sage, Gateshead and The Lowry, Salford.

In June & July they completed their 3rd UK National tour comprising 32-date UK tour throughout June and July. In this brand new show for 2017, Sons of Pitches celebrated the world of TV in a vocal adventure, including performances of your favourite TV themes, sketches about panel shows, talent shows, quiz shows and more.

The Sons Of Pitches have also appeared on Sing – Ultimate Acapella, which was one of Sky One’s exciting new entertainment series.

Hosted by Cat Deeley, the group was the house band appearing in all the episodes.

They also helped host and organise a Guinness Record for the largest ever-singing lesson in the world, by arranging, teaching and recording a song with over 7000 people in one place.

In Autumn 2018, the group embarked on a 20-date UK tour in October and November with their show ‘100 Number One Hits’.

The audience could expect fast-paced medleys and mind-bending mashups as The Sons of Pitches attempted to hit their target of 100 legendary tracks in just one evening.

From Michael Jackson to The Beatles, ABBA to Eminem, the show catered to audiences of all ages and was not to be missed.

The Sons of Pitches’ most recent tour ‘Around the World’, took their audience on a journey all over planet Earth, with the group singing songs from the US to Sweden, Iceland to Japan and Australia to Colombia.

There were multiple languages, numerous styles of music and plenty of hits by some of the biggest international artists out there.