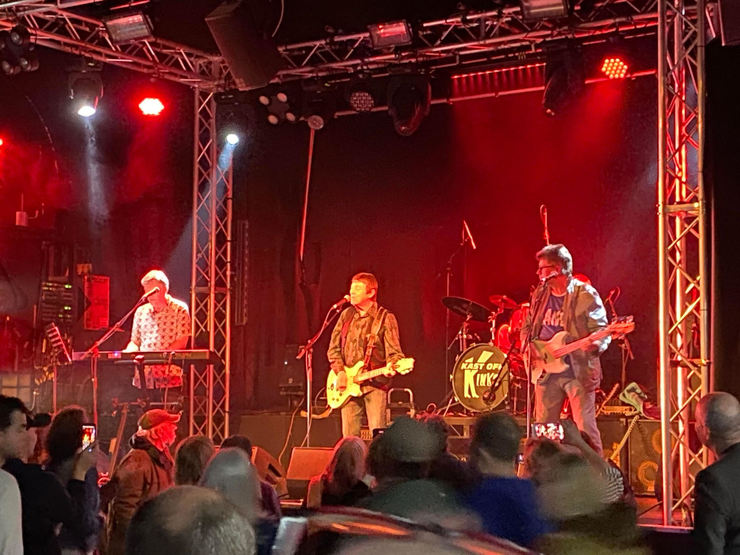 The Kast Off Kinks 2023 formed in 1994 to keep the music playing on, and it is what the name implies – the original line-up consisted of the band that played Lola(apart from Ray and Dave) – Avory, Dalton and Gosling – together  In 2009, the line-up became the band that played Come Dancing– Avory, Gibbons and Rodford (respectively the Kinks’ longest-serving drummer, keyboard player and bassist) – still with Dave Clarke covering for the Davies brothers.

Jim then became very busy playing with The Zombies and Argent, so John Dalton was persuaded out of retirement and went on to play very regularly with The Kast Off Kinks.

Now The Kast Off Kinks, comprising Mick, Dave, Mark and Mike, are back on the road.

Almost every other ex-Kink has guested with The Kast Off Kinks, including Ray Davies.